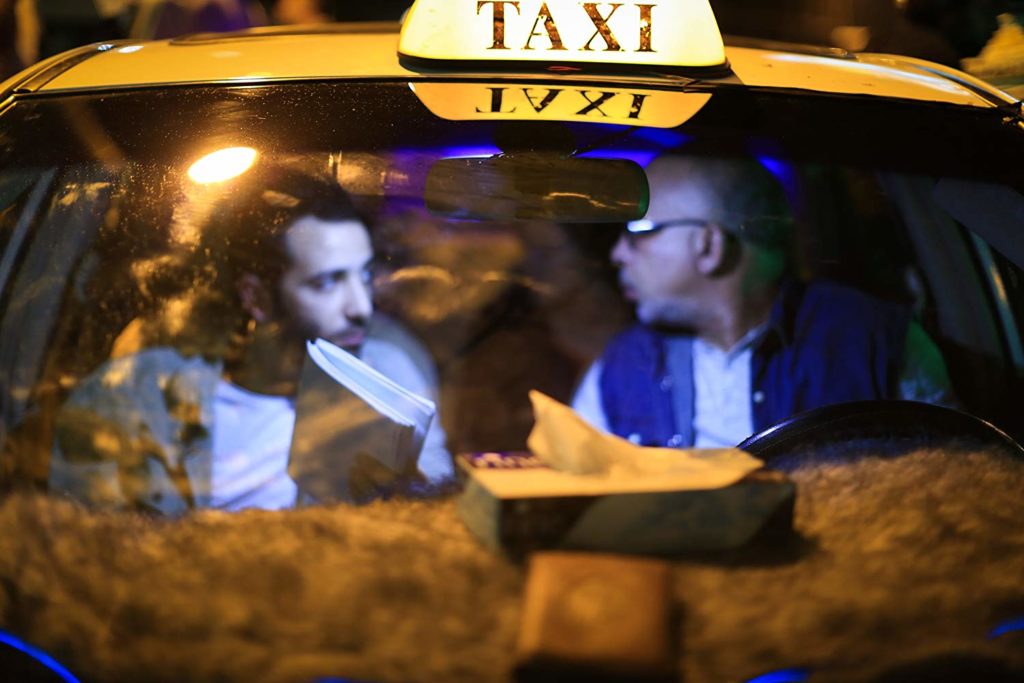 Stepping out of Cairo airport, the word “energy” takes on a very special meaning. Is it because of the human mass running across arrivals hall, where each person is busy with a specific task? Or is it the time warp feeling we get when seeing smokers everywhere, Oum Kalthoum’s tunes in the background, the smiles of customs officers, the jokes of taxi drivers, their coded honks or all of it put end to end in a frenzied rhythm? Like this capital, where most of the national population is concentrated, this airport sets the tone for the city’s 40th film festival, the flagship event of Arab cinema since the beginning of the twentieth century.

If since the revolution, we have seen the advent of Turkish series radiating throughout the Arab world, Cairo remains one of the major centers of cinematographic productions in the region. New players have made their way through Middle Eastern cinemas, like major film funds from Gulf countries, to help young regional talent be visible on the international scene.

Independent productions have emerged and a very different tone from the usual popular films have found their place in the Arab landscape and in foreign festivals, like Egyptian director Mohammed Diab’s “Clash”, entirely filmed in a van days after the dismissal of President Morsi. “Clash”’s critical success earned Mohamed Diab a spot on the jury of prestigious selection “Un Certain Regard” alongside Uma Thurman, Joachim Lafosse and Reda Kateb among others during the 2017 Cannes Festival.

These new voices of the Arab world are not only sparking interested in their own region, and this 40th edition of the festival has clearly shown that the whole world was watching this part of the world. If the Middle East makes headlines daily, the critical spirit of its youth, who instigated multiple revolutions, sharpens by the day as the political situation deteriorates. Consequently, many European and American stakeholders made the trip this year to support regional projects. Producers, distributors, media, operators, mentors were here to meet the pearls of Arab cinema and listen to what they had to say. Others were there to share their humble experience during masterclasses, like Gaumont president, Nicolas Seydoux himself. Sign of a southeast wind blowing on our French screens soon? The French mogul has, in any case, reminded the important crowd that came to listen to him, that cinema’s first and main role was to share emotions together and not on our own, unlike online platforms.

Several critically acclaimed projects this year have already been co-produced by French companies, such as Moroccan films “Sofia”, highlighting the law forcing women to marry their rapists, or “Jahilya” by Hicham Lasri, a criticism of Moroccan society, where the first shot is a naked woman engaged in sexual intercourse. Radicalism is also a theme discussed in the Belgian-Tunisian film “Fatwa”, but listening to these voices of the Arab world, one realizes that other subjects less glamorous in the eyes of the Western world occupy the minds of its population. Topics like environment in the Egyptian film “Kilo 64”, family secrets in Lebanese film “Heaven without People”, or even poverty are topics widely discussed in this festival.

Proof, if necessary, that the MENA region (Middle East, North Africa) does not look at its own feet, Russian films were in the spotlight during this edition, with young directors from Russia embodying the new wave of this one of a kind cinema. Not to mention that 2018 is clearly the year of the #MeToo movement, Cairo festival did not overlook it and brought to light many women of Arab cinema through a round table of directors whose films apparently export better than their male colleagues’. Filmmakers like Palestinian Anne-Marie Jacir (“Wajib”), Algerian Sofia Djama (“The Blessed”) or Tunisian Kouther Ben Hania (“The Beauty and the Pack”) were present to talk about their experience as Arab directors.

If Egypt seems to be caught between the army and religious authorities, voices coming from all over the Middle East will certainly rise higher than this famous Cairo fog. This is a pan-Arab population that, far from having lost its enthusiasm and faith in the future, promises great and beautiful hours of cinema on the horizon.