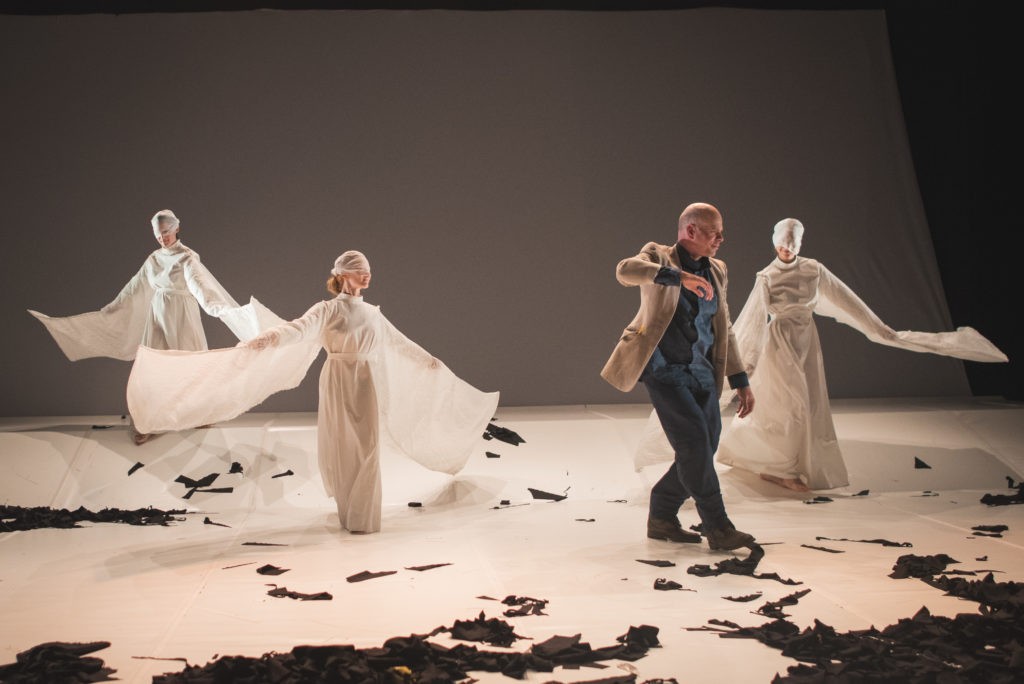 Facing the sea, on the old port of Jaffa, in this historic Tel Aviv turned Arabo-hipster district of the city, a rather insignificant facade appears, which reads: “Na Lagâat.”  This translates from Hebrew to “please, touch”. Touch what? People are purposely evoked to use their hands to touch all that is around them, because that’s all you have left when you live with Usher Syndrome.

To lose speech, hearing, and then gradually, sight: this is Usher Syndrome. This scenario seems impossible to anyone in possession of their senses, however it is a reality.  It is this shocking reality, which peaked the interest of director Rina Fadwa who, along with Adina Tal and Eran Gur, created something revolutionary.  This trio formed a team of talented blind / hearing impaired comedians in 1999. Following the success of their first creation “The Light is Heard in Zig Zag,” they established the Na Lagâat center in 2007.

Since then, there have been eight different performances that emerged on the stage of the center, expressed through the emotional delivery of 18 “handicapped” comedians. Beyond being the only performing arts center in the world to offer shows designed and performed by people with disabilities, this stage also houses a training center for all ages. It also houses a unique blackout restaurant,  a restaurant with no lights, where the entire wait staff is blind, offering a glimpse into the reality of the life of a blind person.

Despite its unique initiative, the center faces many challenges in its mission to provide jobs for disabled people while also allowing them to express themselves on stage. “Where it would normally take two to three months to create a performance working with a group of non-disabled people, in our case it takes about 8”, says Oren Itzhaki, director at Na Lagaat. “It’s long and expensive, each member of the team is supported by the center as far as transportation is concerned, the plays must be written in Braille sometimes, and everything takes longer than in a classic scheme when we take the translation into account. We receive some public aid, but we nearly shutdown several times, so we depend heavily on private donations to survive”.

Despite the difficulties such a place must face, Nalagaat this year launched a multi-arts festival called “The Groundbreaking Stage Festival” because of its exceptional character. For more than a week starting oct 25, the center proposed a series of performances aiming, both in substance and in form, to awaken a sighted-hearing audience to the world of disability through art. Indeed, the spectators attended concerts in the dark: psychedelic rock (Kutiman orchestra) or classical music (Missa Criola). But also rare theatrical experiences such as “Touching sounds with Beethoven,” a play recounting the portion of the composer’s life during which he lost his hearing and where cymatic audio was utilized allowing the audience to feel the music through frequencies, rather than hearing it. If music can be heard and appreciated without sound, this proves it is also possible for the poetry orated on the stage of Nalagaat using subtitles or sign language to be interpreted in a very individual way.

Almost all roles from the leading part to supporting roles, are played by actors with disabilities.  In some rare cases there are exceptions, but overall, all Nalagaat members participate and use their disability. This brings to life a variety of shows such as a classical creation, “The adopted children of God”, where the subject is still focused on disability-related issues, or more innovative performance where each actor is accompanied by a “translator,” such as “Not by the bread alone”. In this now famous creation of the center, the disabled actors perform on stage telling their story while physically kneading dough, (and it’s delicious fresh bread for the audience!) Under the hands of the actors and the eyes of the spectators, a unity is formed, symbolizing the universal need of a home, a sense of belonging, regardless of the characteristics.

It is widely accepted that hundreds of theaters around the world make the “effort” to include handicapped people in the audience, however almost non which include them on stage.  But wasn’t the stage built to serve as the artistic mirror of our society? If so, then why are we only allowing the appreciation of a performance when one is handicapped, why are we not letting them be a part of it? If the performances of the center may not justify a review in famous newspaper “Le Monde” yet, they have the merit to remind us that theater is first and foremost a place of inclusion and expression, whatever form it may take. 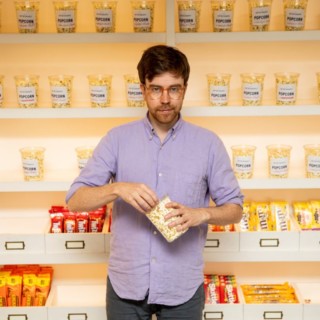